We use cookies to ensure the optimal functioning of the site and to gather audience statistics. Click on the "Accept" button to give your consent to these operations and enjoy a personalised experience.
ACCEPTREFUSE

The art of living and entertaining in exceptional locations.

The Chevalier family has been refining the art of entertaining in its boutique hotels and restaurants for over 40 years in the most beautiful locations across Paris.

Chevalier has created a haven of peace in the former residence of Anne of Austria on the Place des Vosges, an architectural jewel from the reign of Louis XIII. The hotel Le Pavillon de la Reine has become the reference for luxury and discretion. Its Restaurant Anne was awarded a Michelin star in 2020.

Facing the presidential palace of the Elysée, the Pavillon des Lettres pays tribute to literature. Each of its 26 rooms celebrates a world-renowned author.

Le Petit Moulin, the smallest hotel in the group, holds a special place in the group’s portfolio. Located in the heart of the Marais, in a building dating back to Henri IV, the abundance of creativity in its decoration was recently crafted by famous designer Christian Lacroix.

The Chevalier family's new venture crosses the Seine to the left bank, in the heart of Saint-Germain-des-Prés, and opens the doors to a new place to live: the Pavillon Faubourg Saint-Germain. A place steeped in history, where great poets, writers and artists such as James Joyce, T.S. Eliot and Léo Ferré stayed at the beginning of the 20th century, and which now welcomes Parisians from all over the world in its hotel, restaurant, bar and spa. Scheduled to open in March 2022. 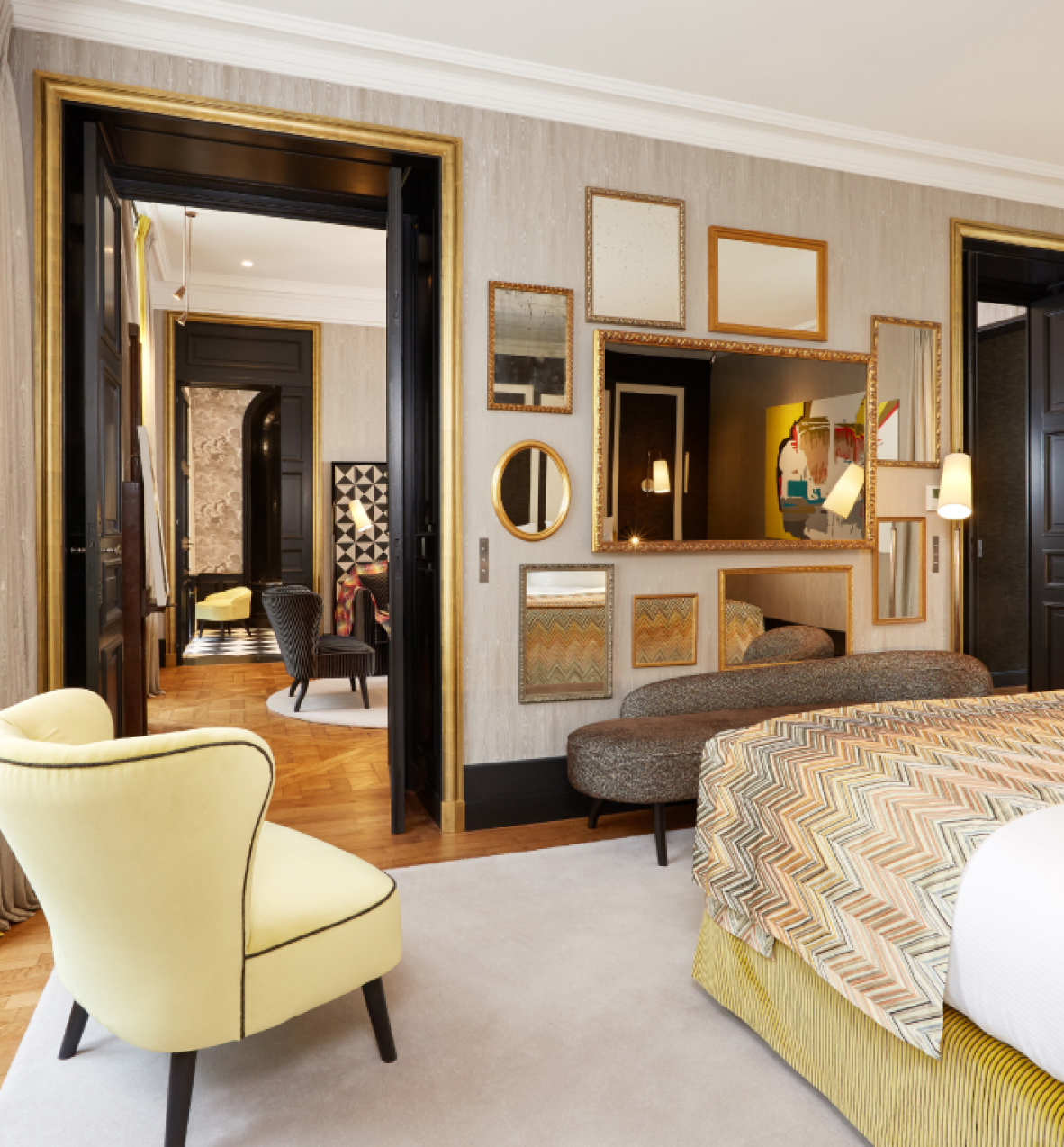 Located by Place des Vosges in the Marais, the garden, sheltered from prying eyes, is a haven of peace. 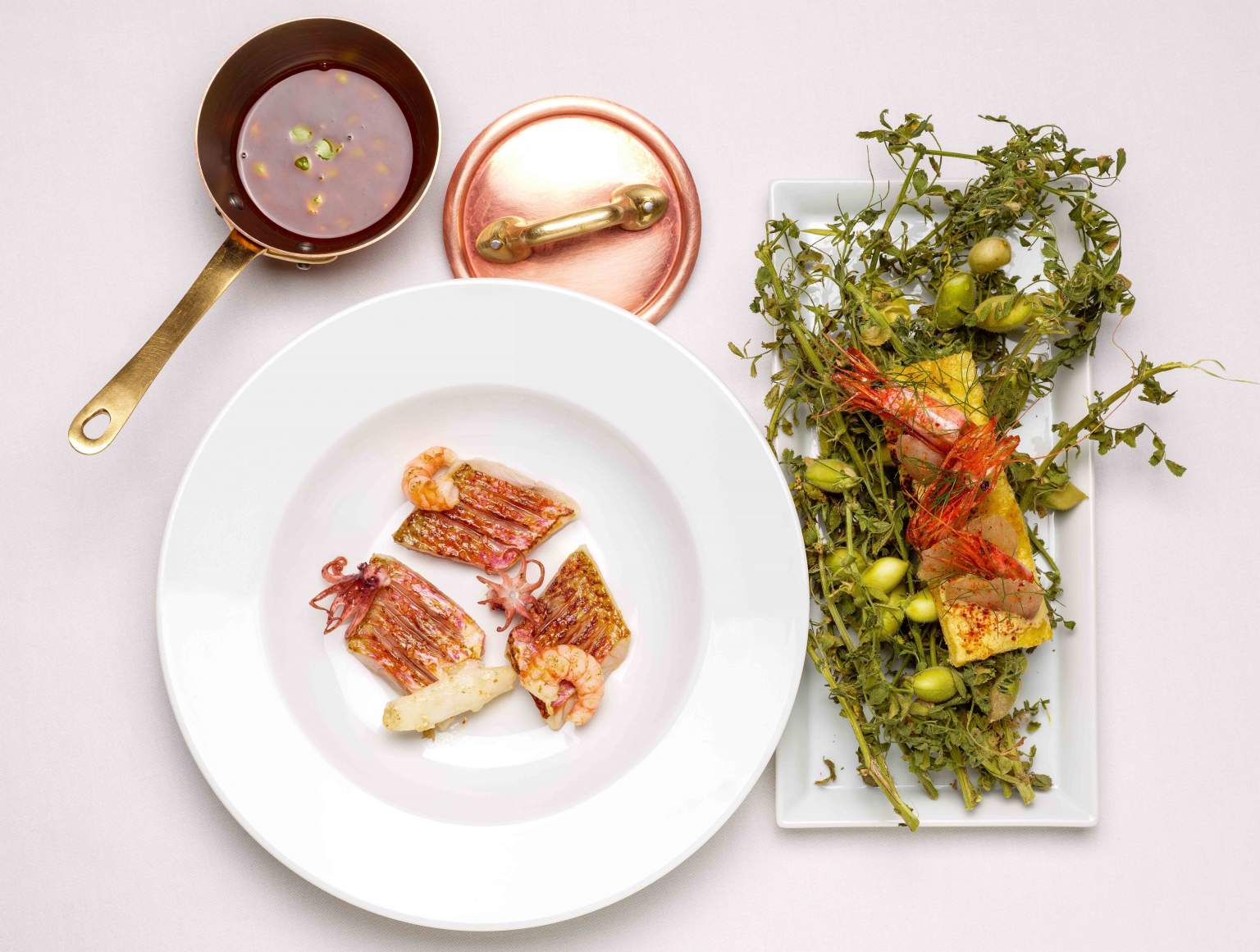 In homage to Anne of Austria, Mathieu Pacaud gave it its letters of nobility, which resulted in the Michelin guide awarding it a star in 2020. 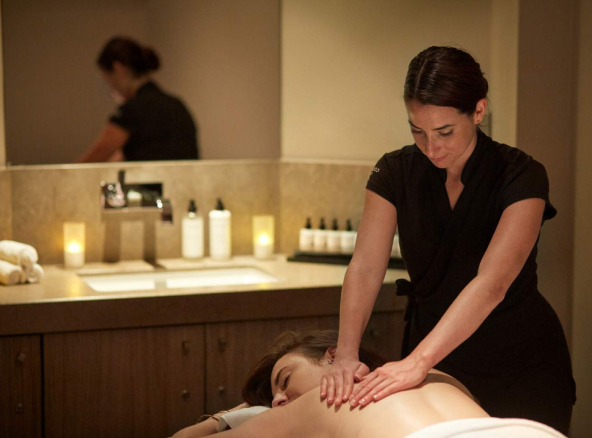 A cocoon of well-being: the spa includes a jacuzzi, hammam, fitness centre and treatments. 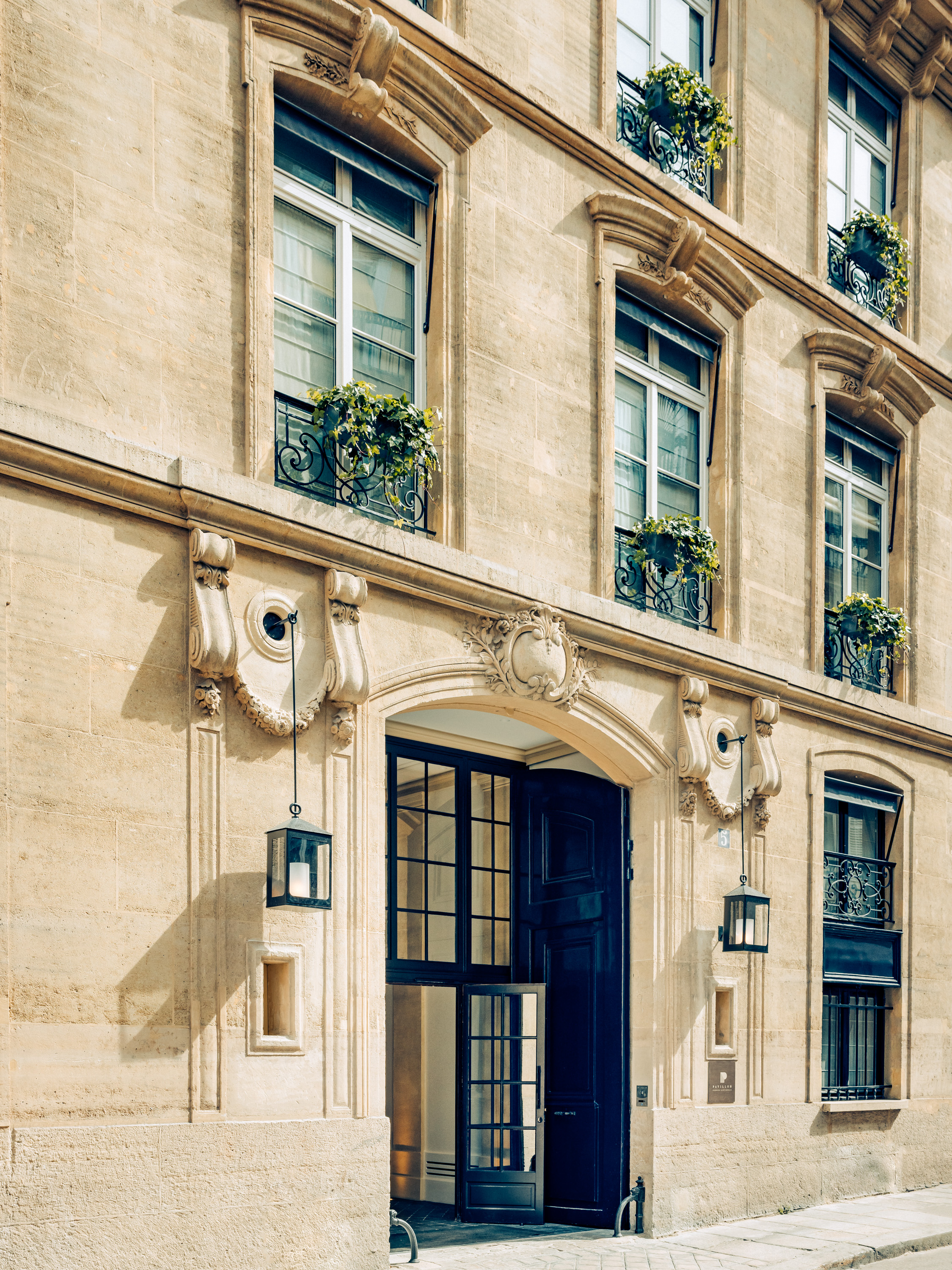 Located on the left bank, in the heart of Saint-Germain-des-Prés, James Joyce wrote his most beautiful pages here. 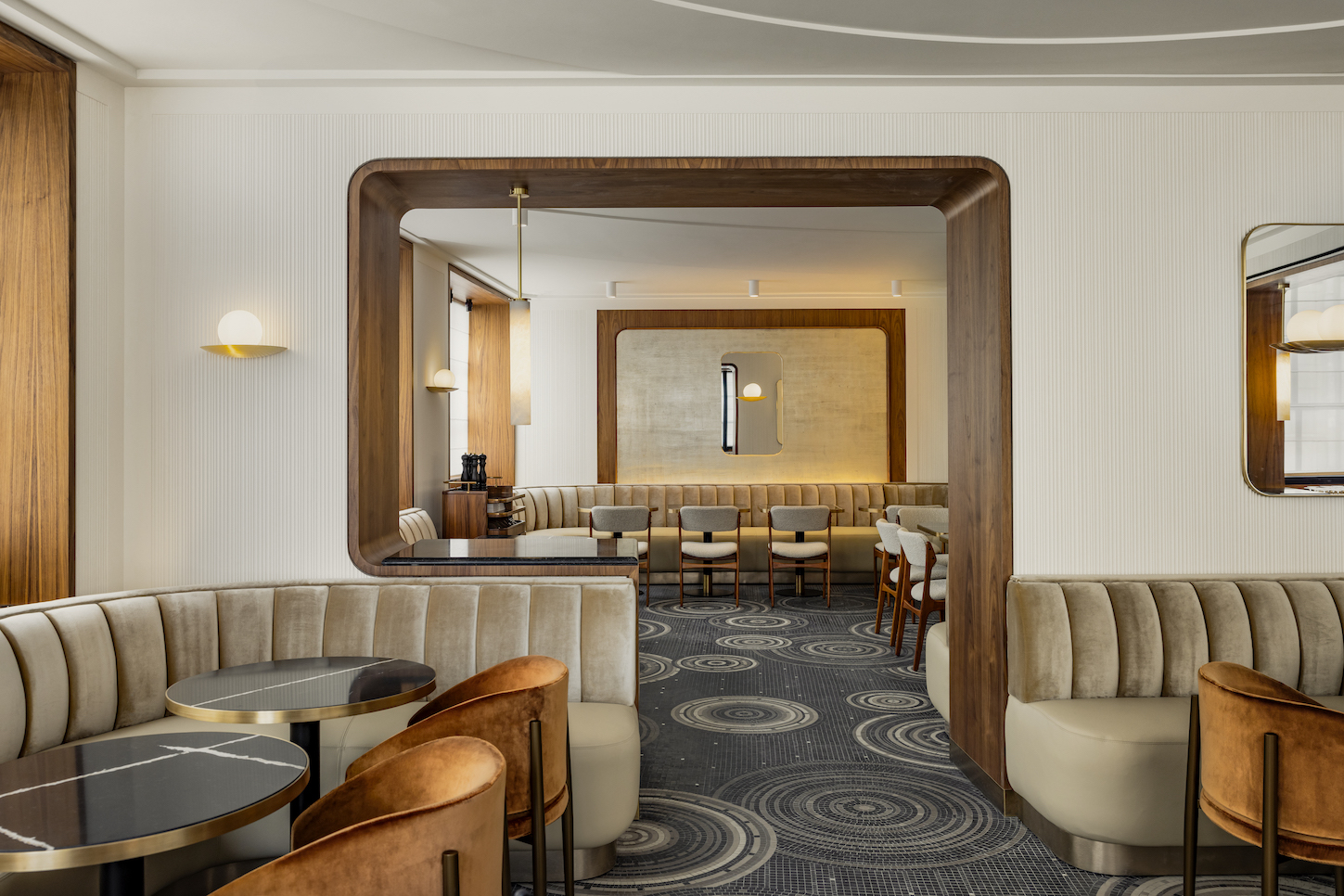 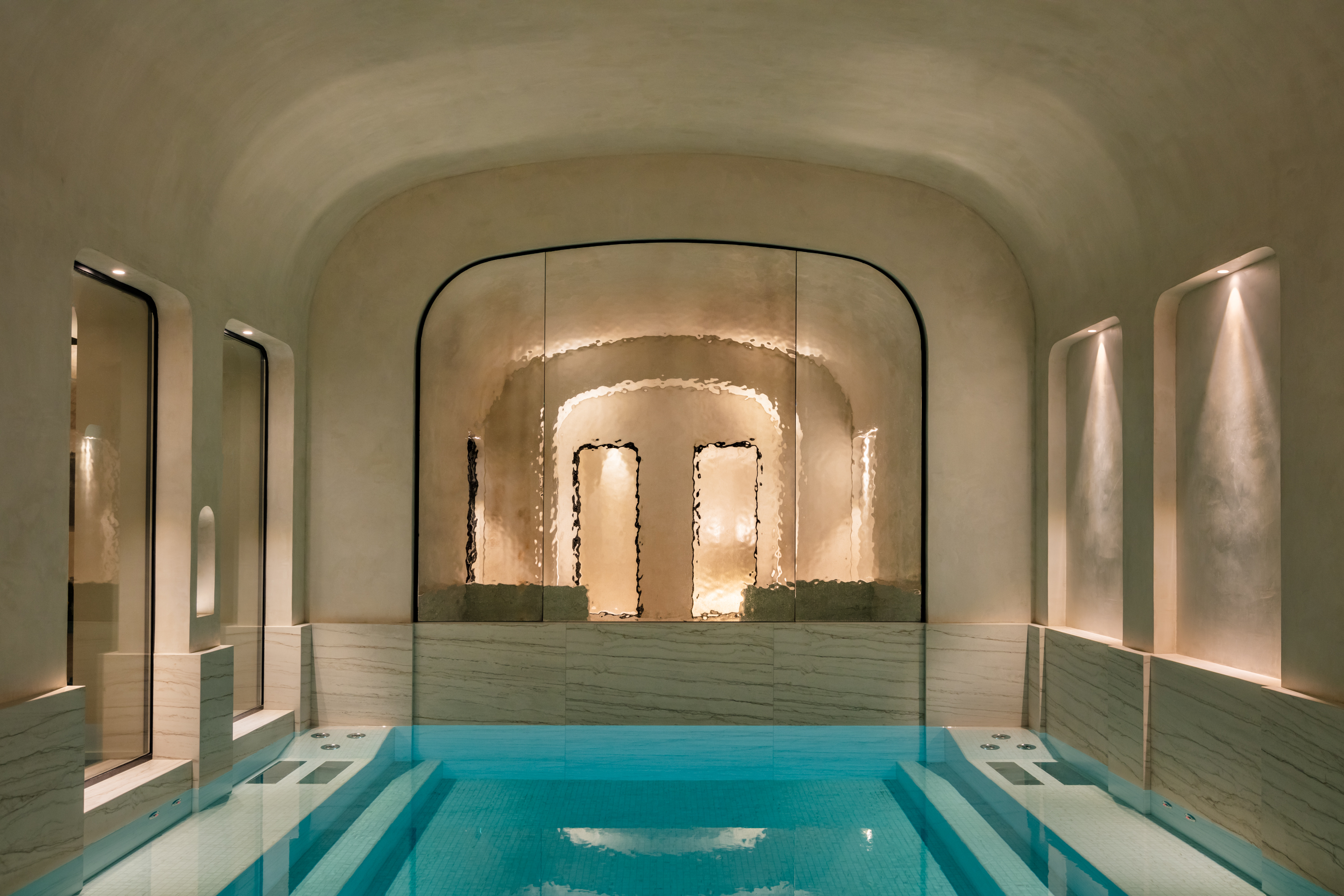 Come and enjoy the freshness of a revitalising treatment before dipping into a relaxing bath. 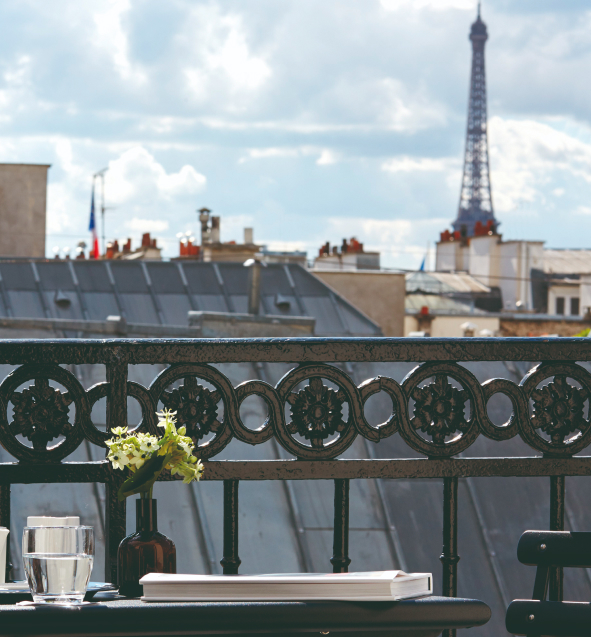 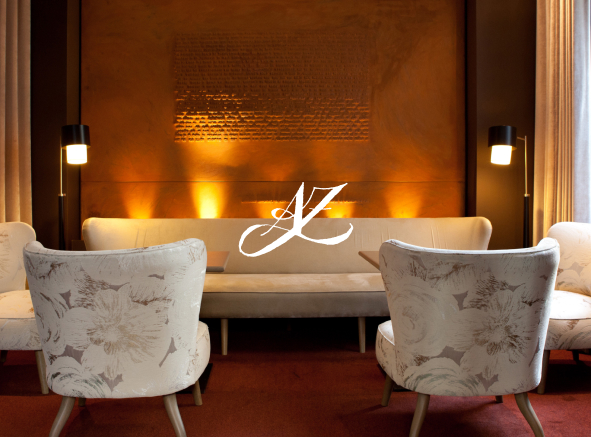 A literary boutique hotel in the golden triangle of the 8th arrondissement. 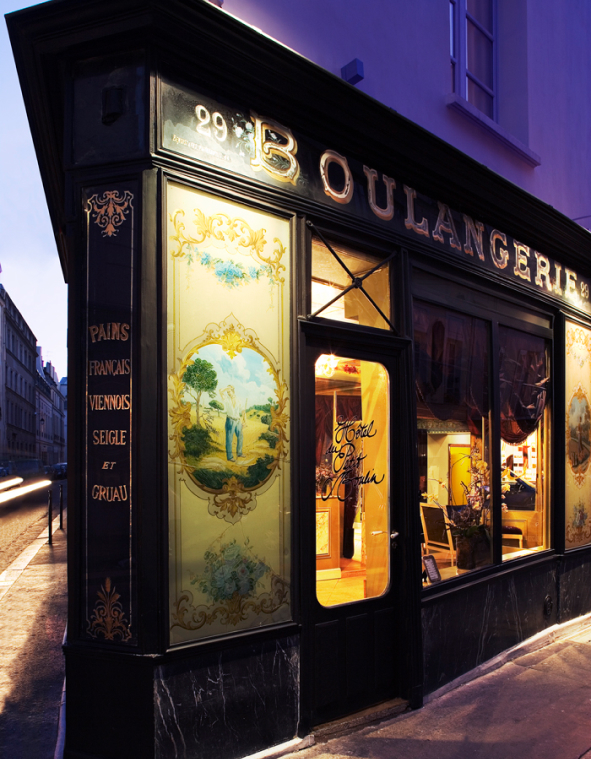 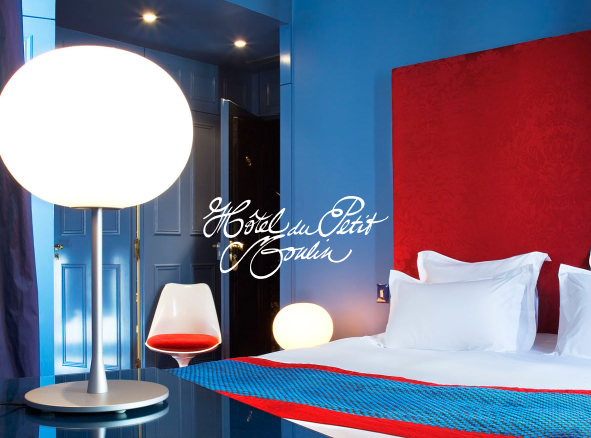 The spirit of Christian Lacroix breathes into every detail of this boutique hotel located in the Marais, while contrasted by the historic exterior of the oldest bakery in Paris. 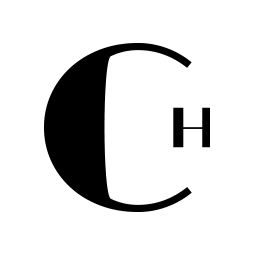